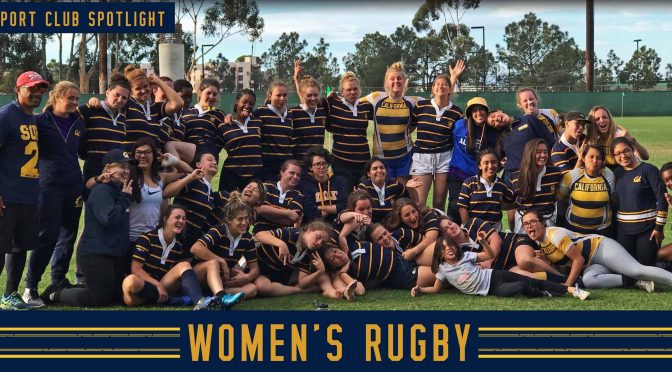 In preparation for our spring season, Cal Women’s Rugby played in three tournaments this off season: Dixon Scottish Games, Stanford 10s, and Scrum by the Sea. In Dixon, we played against Chico, Davis, and Sacramento State, and many of our rookies played in their first rugby match. We started most of our matches with a lineup dominated by veterans, and added rookies as each match progressed. The rookies learned a lot throughout the day and implemented many of the skills they learned in the previous weeks. We also participated in the Stanford 10s tournament, our first tournament under our new head coach Elvis Seveali’i. After an additional month of practice and just a couple of weeks with Elvis, we improved greatly since Dixon and performed well at Stanford 10s, defeating Stanford, Chico, and Davis, with mostly rookies on the pitch. In November, the team travelled to UC San Diego to play in Scrum by the Sea, where we finished fourth out of twelve teams and showed tremendous improvement throughout the weekend. As our rookies and veterans continue to grow, we are incredibly excited and optimistic about our spring season!